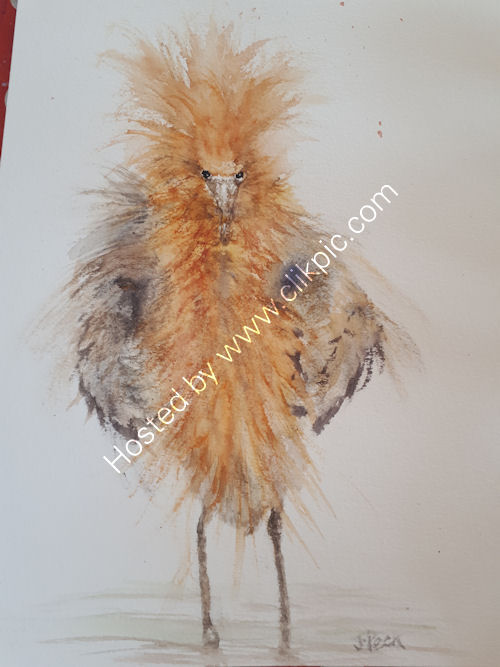 Over the past 30 weeks I have been emailing out themed photos to members to paint every Sunday. The object of this was to stay in touch with members, and to give them something to do during lockdown as a distraction.

Finding photos has proven to be challenging in its own right. I have tried to find different themes so everyone has something they liked. At the same time trying to not make them too easy to do, I hope this didn’t scare anyone off. Hence I said you could paint part of the photo if you wanted. Most themes I got something back from you. I also included a freestyle section for anything else you may have done and wanted to show other members. This section got a good response.

In doing this I have had to learn to paint as well - it seemed only fair that I should be doing it before I nag you to come along for the ride. Though I have not done all the sections I have had a lot of fun trying.

Hope you enjoyed the ride as well.

This month our virtual meeting was a demonstration of watercolour painting was given by Dermot Cavanagh.

He began by giving us a very comprehensive exlanation of his paints, brushes and paper, which was arag-made paper which gives a more textured surface. Beginning with an evenly wet sky wash, he then began to build up the clouds to evoke a feeling for the rest of the picture. He showed us his technique for moving the paint around the paper to show the depth of the clouds.

Dermot then moved on to describe how he built up the castle colours, with varying amounts of water for each wash to show light and shade in the walls and shadows. The hills in the background were built up with a very thin wash under a deeper colour, finishing with a thicker colour to enhance the shadows. He used this technique for the rocks as well, finishing these off by scraping off some of the deeper colour to show depth of shading. He finished the picture by painting the details of the windows, individual bricks, ivy, the trees, and the sea.

This was a vey detailed lesson in a variety of ideas and showed how a watercolour painting can be produced to great effect.